Home   Other   Empire of the Minchins

“This interesting and rare surname derives as one of the many names which have originated as a nickname from a name of office. This particular name originated from the Old English pre seventh Century “mynecen”, nun, thus it does not signify a person who was a nun, but more likely was a nickname for someone who bore some charisterestics of a nun, may be as “meek and demure as a nun”, or even may have been given in derision to one of a most un-nunlike character.

“The surname itself was first recorded in the late 12th Century, (see below). One Peter Minchun was mentioned in 1205, in the Pipe Rolls of Devonshire. The Subsidy Rolls of Suffolk mention a Robert Mincin in 1381. Elizabeth the Mynshon was christened at St. Giles Cripplegate, London, on January 2nd 1589. On October 30th 1610 at St. Andrew, Undershaft, London, the christening of the daughter of Thomas Mychin, Jane took place. At St. Marylebone, London Mathew Minchin married one Jane Young on August 19th 1686.

“The first recorded spelling of the family name is shown to be that of Alduredus Minchun, which was dated 1190, Pipe Rolls of Worcestershire, during the reign of King Richard 1, “The Lionheart”, 1189 – 1199. Surnames became necessary when governments introduced personal taxation. In England this was known as Poll Tax. Throughout the centuries, surnames in every country have continued to “develop” often leading to astonishing variants of the original spelling.” 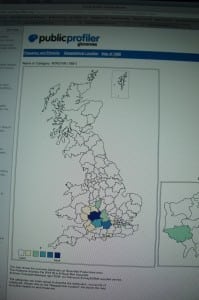 1881 the seed of the Minchins, according to the Royal Mail. Gloucestershire was the Minchin capital, backed up by Wiltshire, Oxfordshire and Berkshire. 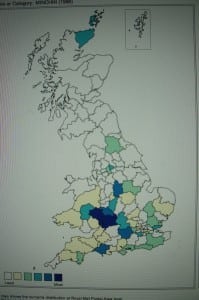 1999: Unstoppable. How the Minchins built an empire. Gloucestershire is still the hotspot although sharing it with Herefordshire and some surrounding counties. A few Minchins have fled to the northern tip of Scotland. What did they do? 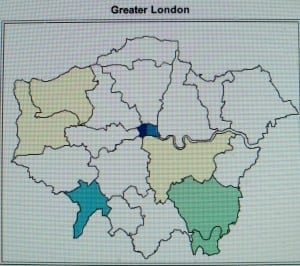 1998: The distribution of the Minchin surname in London, according to the Royal Mail. Oddly, there is a hotspot in Central London, right in the West End. Why?