Mother of Bill Minchin and grandmother of Eileen, Peggy, Nancy and Thelma. 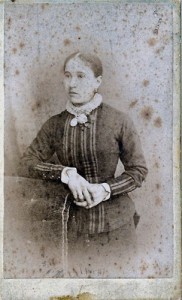 Ann Pitts. At two she lost her father, at eight her mother. Who cared for her during her 11 orphan years before she wed John Minchin at 19? This photo shows her around the time of her marriage. She worked as a laundress – a washerwoman – and life would continue to be hard until her death in the middle of the 1914-18 War. She bore nine children in 16 years, between 1878 and 1894. 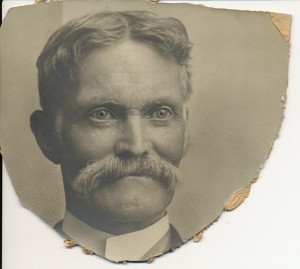 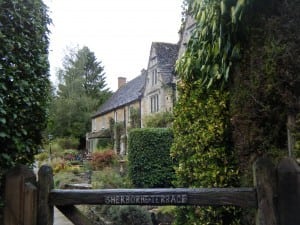 Sherborne Terrace, Sherborne Street, Bourton. In the 1880s it would have been an overcrowded nest of poverty, nothing like these fashionable residences today. Annie took in washing and John worked as a gardener to maintain their growing family. Without much birth control, big families were the norm. It also meant parents had someone to look after them in an age without pensions or state welfare. It may have been changed circumstances – a lack of work, illness – which made the Minchins move to Nethercote. 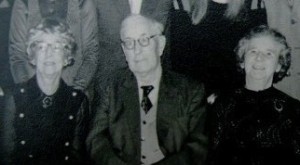 1970: Florence – known as Floss – with Bill and May at their Golden Wedding.

(JD: William, 26, may still be at Sherborne Cottages, near mill and bakery where he was working. 1911 Census shows May Wood, 18 (future May Minchin) is living in Bourton as children’s nurse to Dr Moore. SEE ARTICLE MAY WOOD AND BILL MINCHIN: DRAMA OF THE EARLY YEARS.      James Minchin is Alfred J Minchin 1892-1955; Helen 1890-1981. Nethercote is south side of Rissington Road, on eastern edge of Bourton. Eileen Dale says she doesn’t recall any mention of this. JD says as a child he was pointed out a house where someone said Bill Minchin had grown up. But, apart from that, ages and details on the 1911 Census fit exactly.)

1911- : Son William begins courtship with May Wood, childrens nurse at Dr Moore’s home. In the close community of Bourton, Annie would no doubt have got to know her.

1914: Outbreak of the Great War. As a baker William, 29, is in a reserved occupation and saved from the slaughter on the Western Front. Annie must have been extremely relieved, especially when the casualty lists began to include Bourton boys. By the end of the war, there would be 27 dead from this tight-knit community, from families Annie would have known well.

1916: Death. Age 59, 22 May, Stow on the Wold, in the middle of the 1914-18 War. From humble beginnings, and after a difficult start to life, Annie could feel proud of what she had achieved. She had seen her large family come of age, with even her youngest Florence now turned 22, and most would go on to raise successful families of their own. In 1920 William will marry May Wood and they will have their first daughter Eileen in 1921, just in time for her to be held by her grandfather John. Eight months later he will follow his wife to the grave.

Father of Annie Pitts and great-grandfather of Eileen, Peggy, Nancy and Thelma. 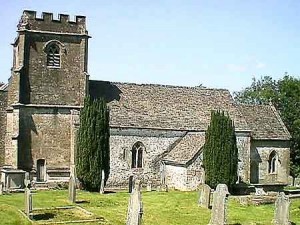