Home   Other   WIN A TRIP TO BOURTON!

Have you got a favourite picture of a top toddler? Even if it’s yourself. Come on, let’s see it! MASSIVE PRIZES MAY BE WON including…

A trip to Bourton-on-the-Water by Ryanbus

Here are some of the website’s own favourites. You probably have your own. Please submit them – and you could win one of many prizes. 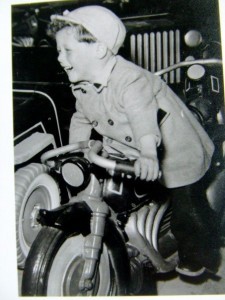 With reckless disregard for speed limits and the law, a boy takes a powerful motorbike for a spin, leading a notorious motorbike gang called Mummys’ Angels – and a town shudders in fear. But it is all fake. Close examination shows it is not a real motorbike. Amazingly realistic, it is part of a children’s roundabout at Wonderland, Cleethorpes, about 1948. Thirteen years later this young lad had a holiday job on the same roundabout, earning a fabulous £1 a day which he invested in Brylcreem. The picture was taken by a professional seaside photographer who kept it displayed in his shop window for years. But who the heck is the young whippersnapper?

May Minchin – then May Wood – in 1893/94. She looks ike a porcelain doll as she sits on the lap of her Auntie Ada in a leafy garden in Cheltenham.

Susan Dale. It was 1942, wartime, and her mother Eileen sent this to her husband Ken fighting in North Africa as part of the Eighth Army. He carried it in the breast pocket of his battle tunic until he returned home three years later. 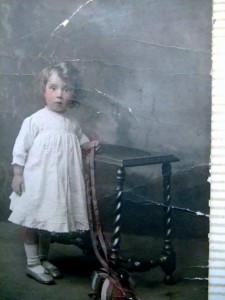 Betty Waite with her son, John, 1942. He’s already got the sturdy legs of a would-be international footballer. 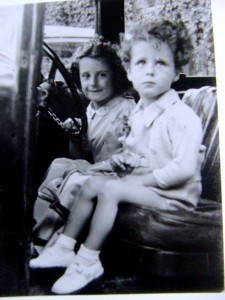 Susan Dale at the wheel of her first motor car. She is accompanied by her brother John. She is bridesmaid and he is page boy at the wedding of Nancy Minchin to John Moy in Bourton. Susan flashes a smile while, beneath his head of curls, John looks a bit teary, having fallen into a ditch while having an emergency wee. He had to do it in front of everyone. He is traumatised. 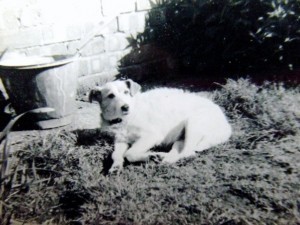 Judy Dale, aged three, pretty younger sister of Susan and John, sunbathes on the lawn next to her favourite zinc bucket at the back of the shed, in between having more babies. She looks quizzical, failing to understand where they all keep coming from and, more importantly, why.